The short answer? By using SMOC.AI’s engagement software. The long answer? Read on to find out. 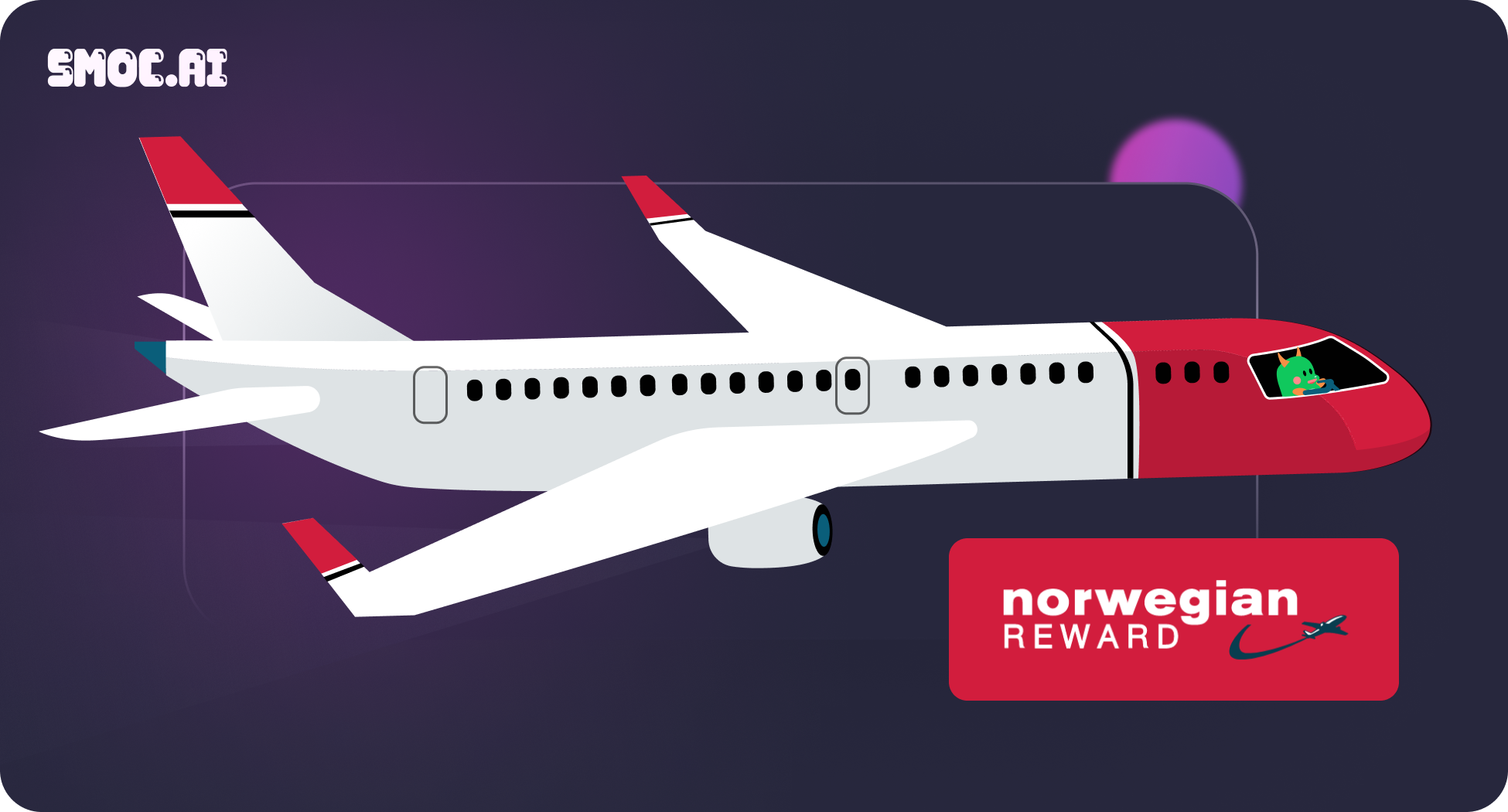 Norwegian, and their loyalty program Norwegian Reward, is like most other brands in the world always on the lookout for new ways of engaging their audience. In the spring of 2022 they wanted to try something different: a quiz to test how well a portion of their newsletter subscribers in Norway, Denmark and Sweden knew the different value props of the Norwegian Reward program. By completing the survey members were included in a prize draw, where five would be randomly selected to win 1000 CashPoints.

Not content by just running a “classic” quiz, Norwegian Reward leveraged the power of the SMOC.AI platform to make this gamified campaign truly stand out. The first thing that visually made their quiz stand out was the format it was presented in: a conversational one. As others have already documented, conversational landing pages are up to 4x times effective than traditional ones. And with this in mind Norwegian Reward used our Conversation Flow tool, to build an interactive conversation with five true or false questions. Answering the questions correctly would progress the interactive conversation. Wrong ones would result in messages encouraging the user to try again. 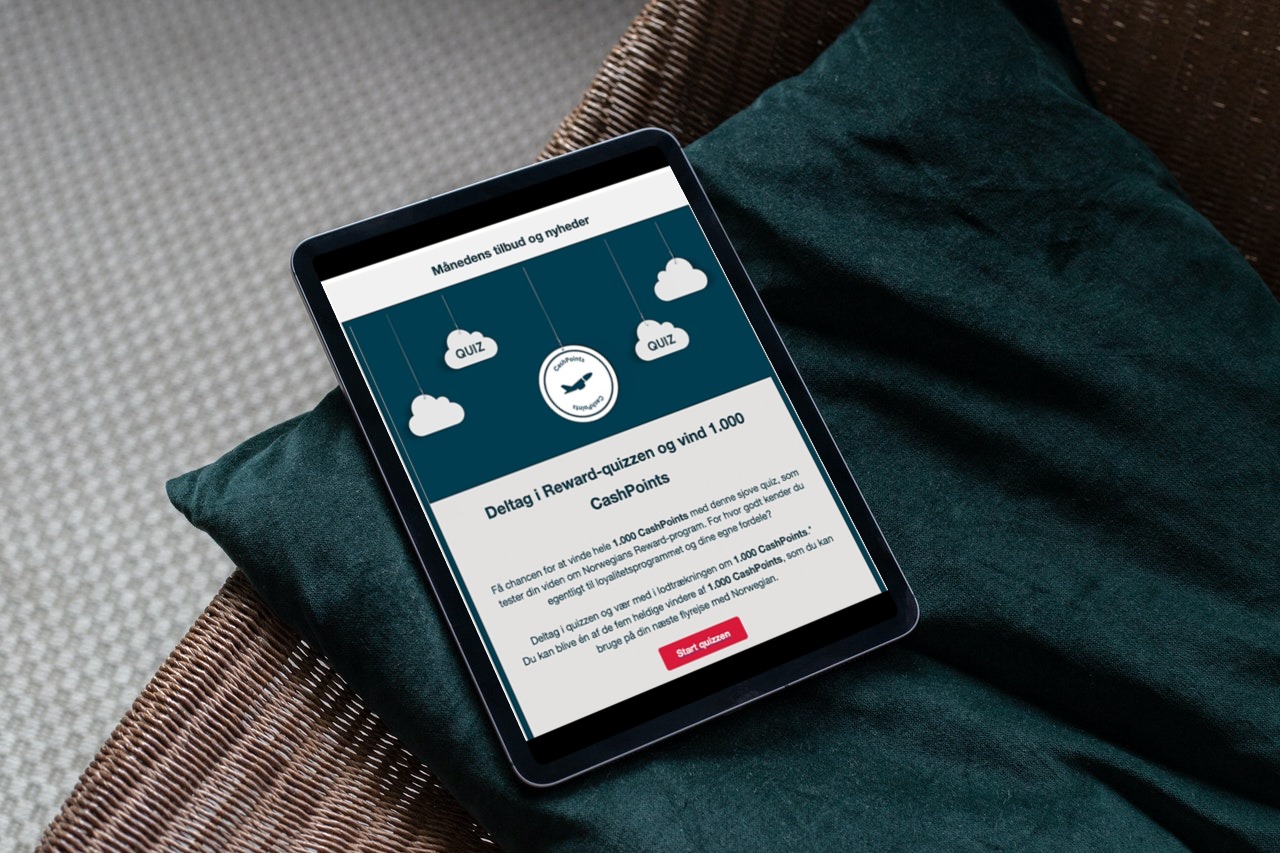 If you’ve read the headline you already know how it went. After clicking on the banner or CTA in the email (screenshot above), Norwegian Reward achieved a 93% interaction rate on their SMOC.AI-powered quiz. That means that 93% of the users loading the quiz conversation flow (screenshot below), clicked on the first interactive element of the quiz. But even more impressive is the statistic showing that 92% of these users ended up completing the 5 question long quiz! And to top it all off; the average interaction time for the quiz was 1 minute and 29 seconds. 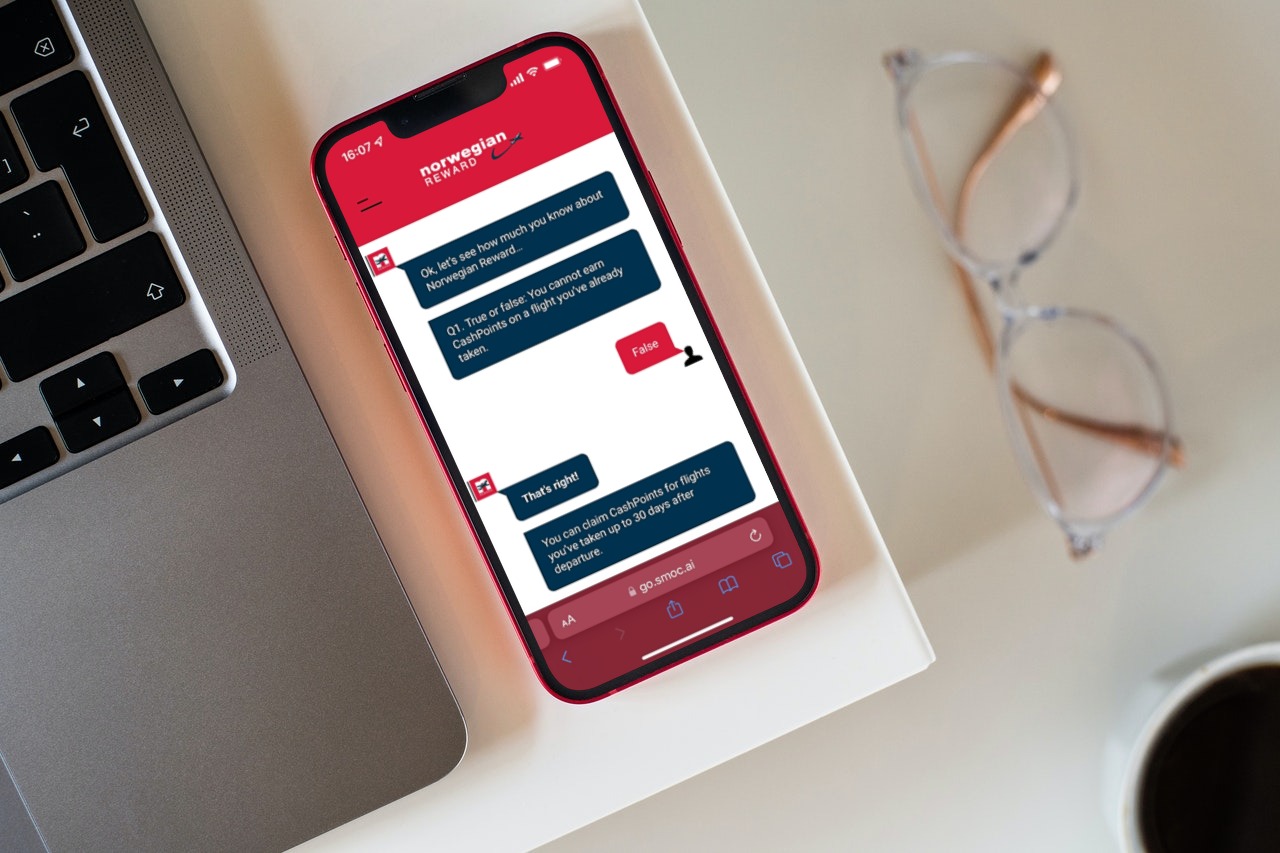 This use of our attention-grabbing and engaging format, combined with the notion of rewards, truly is a testament of the mission we believe in: that brands should reward attention. The SMOC.AI team is thrilled about these results and can’t wait to keep on working with Norwegian in even more existing ways.